The earliest example I currently have of the tartans that the Drummonds of Megginch is a kilt dating from 1849 which I wore from about 1975 to 2000. The picture is of the inside which has faded less the outer. I can be confident of the date as there is a picture of JMD (James Murray Drummond) wearing this with a sporran which I also have. The sporran was made in 1849 in Edinbugh and can be dated from the silver makers mark. 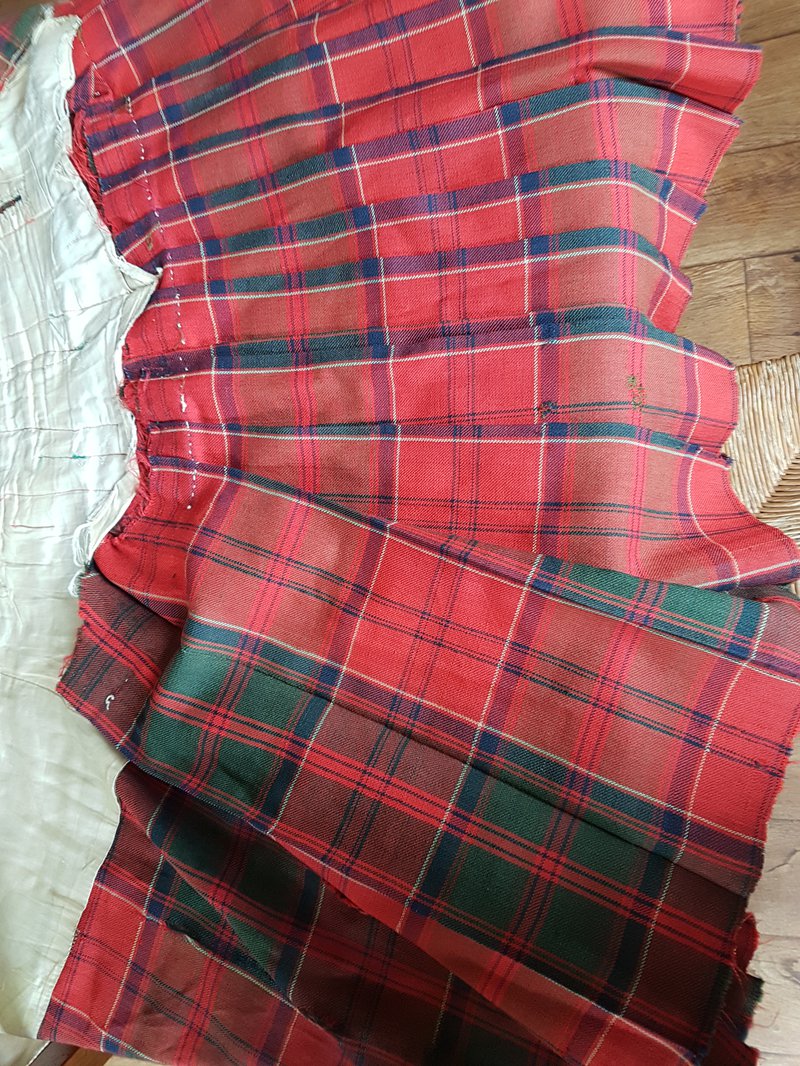 which uses the following sett:

This is very similar to Drummond 1819 Clan as listed in the Scottish Tartans Authority, the Wilson Pattern book describes it as New Bruce. In the setts of the Tartans by DC Stewart p53 it is referred to as Grant although he notes others eg Logan have recorded it as a Drummond tartan:

(The Scottish Tartan Authority vary it as Dark Purple rather than a Dark Blue). Looking at the light blue squares makes the lenght of the small square 85% of the large square.

In fact when I got married I got a new kilt made and woven by DC Dagleish and they have used another set of thread counts which gives the ratio of the light blue square to be 68.6% this is close to the 64% in the original kilt. 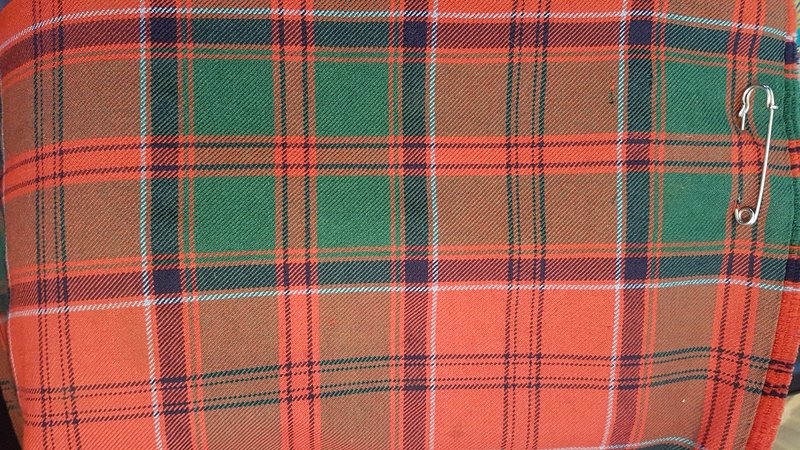 The thread counts are:

There are also some childs kits from Victorian era which have a different threadcounts and reduced large areas in order to give the same effect. The ratio of the light blue lines is 65.1%.

The thread counts are: 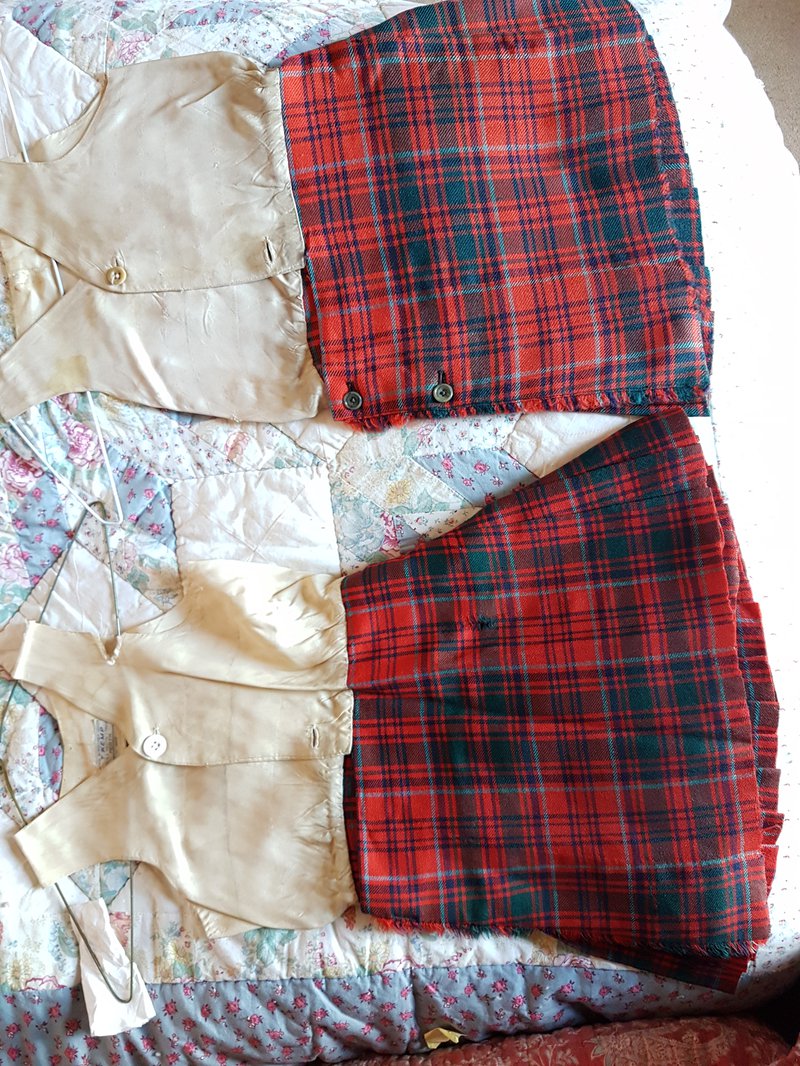 The pattern can probably be further abstracted by ordering the sizes of the thread counts and then creating a pattern based on that:

In order for this to work you need 12 and 14 to be in the same thickness bracket so that all the Tartans have the same descriptor. 20% variation if sufficent for that. This is a lossy process but allows different weaving patterns to be classifed as the same design.

The Drummond of Megginch tartan pattern from the Megginch Castle collection is distinct from the Wilson Grant / New Bruce pattern and has been for at least 180 years. The differences have been quantified in terms of the relationship of the sizes of the Azure pattern.

Thanks to Field Precision Services for a very handy Windows ruler which you can calibrate eg to threadcounts. After calibration on a picture you can then read off thread counts on the onscreen ruler.